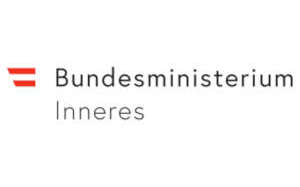 Close cooperation in the management and coordination of ice hockey games of national and international importance is the subject of the cooperation agreement concluded on 19 October 2009 between the Federal Ministry of the Interior (BMI) and the ICE Hockey League.

Since then, there has been efficient communication between the security authorities, the Ice Hockey Association, the ICE Hockey League, the clubs and the fan clubs. Among other things, there are joint safety meetings before matches and safety meetings at the beginning and end of each ice hockey season.

Officials familiar with the scene

The "Szenekundigen Dienste" with their almost 180 "Szenekundigen Beamten" (SKB) play an essential role. Their tasks range from risk assessments, information on travel routes, coordination with authorities and club officials before the match, fan support and prudent intervention on the day of the match to reporting after the event.

As in football, the officials who know the scene also know the fan groups at the ice hockey games. They can locate fans at risk, assess their behaviour and, if necessary, take action to solve problems in advance.

Get deep into the game
United
by passion